The Asus ZenWifi AX (XT8) is quite possibly the best router the company has ever produced, and it’s also one of the best mesh router systems and best Wi-Fi 6 routers we’ve ever tested, according to our research and testing.

Asus does not sell the Asus ZenWifi AX (XT8) directly, but it is widely available for purchase on the internet. A single ZenWifi AX router, which can cover an area of up to 2475sq.ft, can be purchased for £219.99 in the United Kingdom if you only require a Wi-Fi 6 upgrade for your existing router. This single router option is not currently available in any other country at this time. 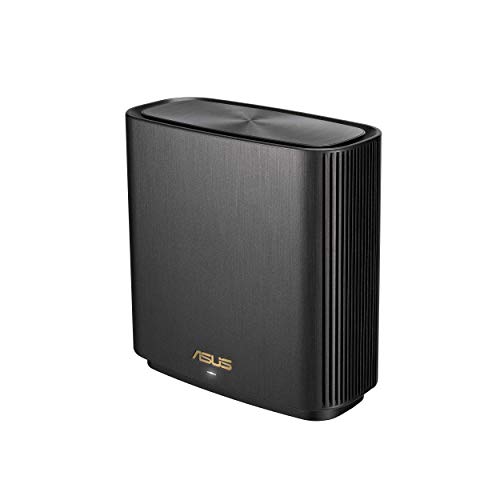 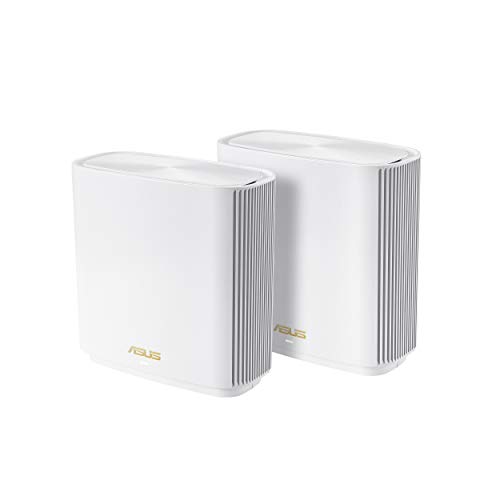 The two-piece mesh system that we will be reviewing here has a larger coverage area of 4400sq.ft and costs a hefty £399.99/US $449.99/AU $899.00 (approximately). Both black and white versions are available, but be careful not to confuse it with the less expensive Asus ZenWifi AC (CT8), which is virtually identical but, as the name suggests, still uses the older 802.11ac Wi-Fi standard.

Although it won’t break any speed records, the Asus ZenWiFi AX (XT8) mesh kit is an elegantly designed mesh network that uses a tri-band design to help fill a home with Wi-Fi-6 data, allowing it to live up to its name. A two-year warranty is included, in addition to the extra security measures to keep your family safe while browsing the internet.

AX (XT8) mesh networking devices from Asus pack the best features of a tri-band Wi-Fi 6 network into a small, rounded case that is so attractive that you might not want to hide it.

The rounded sides of the ZenWiFi AX have large cooling slots, and the top has an oval opening that allows heat to escape.

Even by the standards of new Wi-Fi 6 routers, the Asus ZenWiFi AX is a costly purchase, but it more than makes up for it with an impressive combination of features and overall performance.

To be sure, Wi-Fi 6 is still compatible with millions of devices that use 802.11ac Wi-Fi, so you shouldn’t experience any difficulties using it with your current computers and mobile devices.

Due to the limited availability of home broadband services that can deliver the speeds supported by Wi-Fi 6, Asus has designated one of the 5.0GHz bands for use as a ‘backhaul,’ which serves as a high-speed link between the two mesh routers while leaving the remaining 2.4GHz and 5.0GHz bands free for transmission of data to your computers and mobile devices.

Despite the fact that they can be used as bookends on a shelf, the ZenWiFi AX does not have a provision for wall mounting, and there is no third-party hardware available for purchase. If you have access to a 3-D printer and are feeling adventurous, you can download a printing file to create your own plastic bracket for free from the internet.

When used in conjunction with the ZenWiFi AX, a tri-band mesh network is created that moves data on 2.4- and 5-GHz channels while reserving the second 5-GHz band for backhaul duties, such as transporting data from satellites to the host. As a result, there is a possibility of less congestion and data packet collisions. It is possible to configure the devices to use a wired backhaul connection.

The ZenWiFi AX package, which costs $448, includes two devices that, according to Asus, are capable of covering 5,500 square feet of floor space. That’s a good deal when compared to the $699 price of the Netgear Orbi WiFi 6 (RBK852) for a pair of devices that cover 10 percent more space, but it’s a lot more than the $270 price of the TP-Link Deco X20 for three devices. Asus, in contrast to its competitors, does not offer three-packs or single add-on devices to fill in the gaps. On the other hand, you can use any of the company’s most recent routers to create a hybrid mesh network that includes ZenWiFi AX devices, which are sold separately.

Ax devices are identical to one another, unlike the Netgear practise of having pre-configured routers and satellites on the same network. Choose one to be the router and the other to be the satellite, and the changes will be made during the installation process if necessary. There is only one LED that indicates the current status of the system. When it glows white, everything is connected; however, if it glows yellow, the two devices are too far apart to be successfully connected. The colour red indicates that it is not available. The light can be turned off using the Asus Router app, which is the equivalent of going into stealth mode.

The ZenWiFi AX has an input networking port on the back that can handle data flows of up to 2.5Gbps from newer modems, which is impressive. There are three outgoing LAN ports with a 1Gbps speed rating, which is one less than the Orbi RBK852 but significantly better than other mesh devices that only have two LAN port speeds. Additionally, the ZenWiFi AX units are equipped with a USB 3.0 port, which can be used to connect a hard drive or printer. It has buttons on the underside for resetting the device and initiating the Wi-Fi Protected Setup (WPS) process for quickly adding a client to the network.

The ZenWiFi AX has an input networking port on the back that can handle data flows of up to 2.5Gbps from newer modems, which is impressive. There are three outgoing LAN ports with a 1Gbps speed rating, which is one less than the Orbi RBK852 but significantly better than other mesh devices that only have two LAN port speeds. Additionally, the ZenWiFi AX units are equipped with a USB 3.0 port, which can be used to connect a hard drive or printer. It has buttons on the underside for resetting the device and initiating the Wi-Fi Protected Setup (WPS) process for quickly adding a client to the network.

We used Ixia’s IxChariot benchmark software to simulate a busy network in my 100-year-old 3,500-square-foot home, and the ZenWiFI AX consistently trailed the larger Orbi RBK852 and the smaller TP-Link Deco X20 throughout the majority of our testing. With a peak throughput of 701Mbps at 15-feet, it easily outperformed Wi-Fi 5 equipment while falling far short of the Orbi RBK852 (883.6Mbps) at the same distance. It, on the other hand, outperformed the TP-Link Deco X20’s 622.1Mbps.

As a result, the ZenWiFi AX was found to be incapable of transmitting a strong signal through an obstruction, with the mesh kit delivering 421.1Mbps through a wall 20 feet from the host router. While running in identical conditions as before, the Netgear Orbi RBK852 moved data at 782.9Mbps, while the Arris SURFboard mAX Pro managed 692.2Mbps. Once again, the ZenWiFi AX (389.3MBps) came in second place to the Netgear Orbi RBK852 when it came to transmitting a signal upstairs (670.1Mbps).

Having everything set up as a mesh network on the same floor for the ZenWiFi AX kit made it all come together for us. It delivered 125.8Mbps to a test device that was 50 feet away from the satellite and 40 feet away from the host router, according to our measurements. That is the best performance so far, as the Netgear Orbi can only muster 39.1Mbps. Ultimately, the ZenWiFi AX was not powerful enough to cover my 3,500 square foot home, but adding a second satellite might have helped.

When the data packets were bouncing back and forth, the ZenWiFi AX consumed 15.4 watts of power and never got hot to the touch beyond a comfortable temperature. It does not have Netgear’s power-saving idle mode, which is useful when no data is flowing. All told, the Netgear Orbi RBK852 set will cost you an estimated $35.10 in additional electricity bills, compared to $24.40 for the Netgear Orbi RBK852 set. The analysis is based on the assumption that the devices are left on all of the time and that the national average price of electricity is 13 cents per kilowatt-hour.

It ran without a hitch for a week, distributing emails, music, videos, and the occasional gaming session in the process of doing so. In our informal saturation test, in which I watched a high-definition video on an iPad Pro tablet while a Macbook Air played an Internet radio station, a Lenovo ThinkPad T470 displayed videos, and an HP Elite Dragonfly notebook moved data onto and off of a network-attached RAID storage system, there were no issues.

The Asus ZenWiFI AX isn’t going to win any popularity contests for having the fastest LAN on the block because it was far behind the best in most performance tests, but it can easily handle the demands of a medium-sized home.

Aside from providing two years of protection against hackers, the ZenWiFi AX can also help you sleep better at night thanks to its two-year manufacturer’s warranty. At $448 for a pair of mesh devices, the ZenWiFi AX is a good deal when compared to the more expensive but better performing Netgear Orbi WiFi 6 (RBK852), but it falls short when it comes to coverage.

The Asus ZenWiFi AX (XT8) is a Wi-Fi 6 mesh system for the entire home that is equipped with the most up-to-date 802.11ax hardware. It performed admirably in our testing, and it comes equipped with strict parental controls, anti-malware software, and a 2.5G LAN port, among other features.