The TL-WR840N from TP-Link is a high-speed solution that is compliant with IEEE 802.11b/g/n standards. The TL-WR840N, which is based on 802.11n technology, provides wireless performance of up to 300Mbps, which is sufficient for even the most demanding home networking requirements, such as HD streaming, online gaming, and huge file downloading.

In case you’re searching for a low-cost yet high-quality WiFi router, then the TP-Link TL-WR840N is an excellent option to consider. In fact, it is the default WiFi router of choice for the vast majority of Internet Service Providers in this country. When I signed up for Liquid Home internet, which included this router as part of the installation equipment, I decided to write a review on it for the benefit of others. 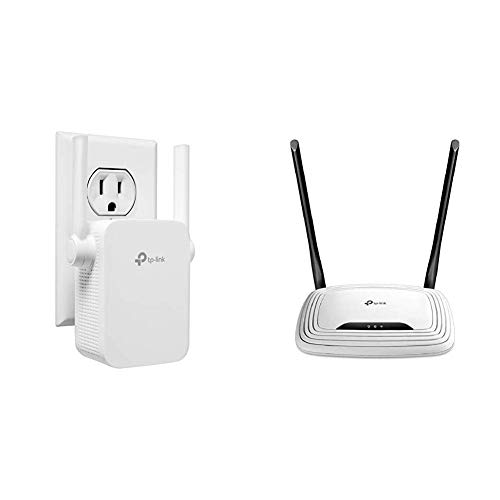 Throughout the years, I’ve used a variety of routers to connect my various devices. The range of products includes anything from 3G USB dongles from the days of 3G mobile internet to MiFis, 4G LTE router/modems from Huawei and ZTE to regular WiFi routers from manufacturers such as D-Link, Linksys, and Netgear. On this side of the world, WiFi routers are not particularly common, largely because most people access the internet through their mobile phones or 4G MiFis.

The TP-Link TL-WR840N router supports an IEEE 802.11 n or WiFi 4 standard that is somewhat out of date for 2020 — IEEE 802.11 n or WiFi 4. In terms of performance, it’s comparable to the presently de-factored 802.11 ac or WiFi 5 and the more cutting-edge 802.11 ax or WiFi 6. Two generations behind the most recent standard aren’t all that awful when you consider the internet needs for the vast majority of Ugandan home users, where I live.

With stated transfer rates of 300Mbps, this WiFi router will perform well in a market where even the most promising Internet Service Providers are limited to 50Mbps. My Liquid Home internet connection, for example, has never exceeded 26Mbps in speed. In my testing, I connected at least six devices to the TP-Link TL-WR840N router, including three cellphones, two laptops, and a smart TV, and there were no symptoms of cracking.

The router has four different operating modes, which is rather amazing. It may be used in a variety of modes, including router mode, access point mode, range extender mode, and WISP mode.

The router mode, which is also the default mode, is described below. In this case, the router is used to provide internet access to all of the connected WiFi devices. In addition to providing internet access, the router may be used for a variety of additional functions, such as sharing a printer or streaming local media via a compatible DLNA media server, such as Plex.

You may use the Access Point Mode to turn this little router into an access point for your network (AP). An Access Point connects to a host internet router through an Ethernet connection and distributes internet access to wireless WiFi devices that connect to it over that connection. They are typically utilized in large buildings where a single router cannot service all of the devices connected to it.