TP-initial Link’s series of 802.11ac wireless routers was an incredibly exceptional value for money, providing much greater performance than more costly competitors at a fraction of the cost. Despite this, they lacked many bells and whistles and instead had a very simple cut-down UI. Since then, the company has shifted its focus, and its routers have significantly improved in terms of software and functionality, with far better software and more functions. Here’s what we thought of the TP-Link Archer VR900.

It’s true that the new routers are a far cry from the basic models that were available a year or two ago, but they’re also not nearly as affordable as they were previously. The VR900 is no more expensive than other 802.11ac wireless DSL routers with the same capabilities. 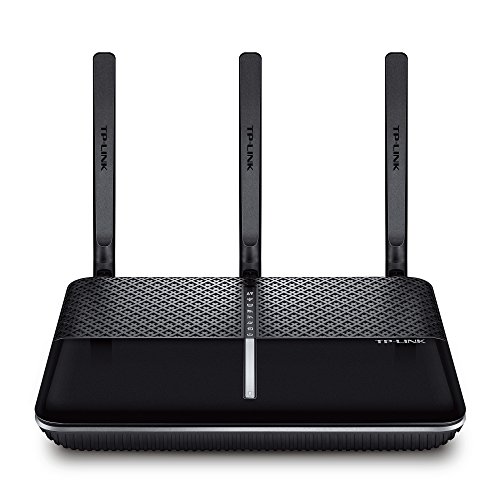 Given how much gear TP-Link has crammed into a small space, it’s reasonable. It is the first VDSL router from the business, and it has 3×3 MIMO 802.11ac capability as well as two USB ports, one of which is located on the side. On paper, it is comparable to, or perhaps better than, many of its competitors.

The router’s aesthetics has also been deemed an “improvement” over earlier models. It’s a large white box with a silver stand that goes the length of the edges of the box. Three massive exterior antennae are given, but despite the fact that they protrude from the rear of the router, it shouldn’t seem out of place whether it’s installed in your living room or another communal area of your home.

In the same way, the software has been upgraded from TP-previous Link’s generations. Basic routers used to give little more than a few static pages with a list of configuration options, but today TP-Link has made an effort to create software that is both easy and functional. Like other routers, the main page provides an excellent overview of the condition of your network, including the status of your local area network (LAN), DSL connection, and so forth.

However, if wireless performance is all that matters to you, you’ll be pleased to know that the Archer VR900 is one of the quickest routers we tested, ranking third overall. Short-range 802.11n and 802.11ac results outperformed all of its competitors, with the exception of the Linksys XAC1900, and results were good even at longer ranges. We were pleasantly delighted to find rates of more than 470Mbit/sec at a distance of 20 meters, and this was no fluke. We achieved rates in excess of 110Mbit/sec over 2.4 GHz 802.11n, which is an exceptional performance. Other routers, even those with limited range, struggle to match these speeds.

The only aspect of the Archer VR900’s performance that we have concerns about is its power consumption. Due to the fact that routers are often left on 24 hours a day, 12.3 watts is an extremely high amount, and it is more than double the energy consumption of rivals. Comparatively, a typical desktop PC may consume around 45W while it is idle, thus leaving the VR900 switched on for 24 hours is similar to leaving a desktop PC turned on for approximately six hours per day. Over the course of a year, though, the few more pounds it will cost to operate the VR900 will not be a significant burden.

In what ways are Wireless Routers and Wireless Access Points distinct from one another?