In addition to being jam-packed with capabilities and loaded with the most cutting-edge technology available in the Wi-Fi industry, this router delivers rock-solid, dependable performance while maintaining a high level of usability.

This is a modem/router for DSL. As it supports both DSL2+ and VDSL2, you may use it to replace your BT, Sky, TalkTalk, EE, or PlusNet router. It also supports the fastest wireless standards currently available, which are 802.11ac Wave 2 and 802.11ac Wave 3 wireless standards. Shortly said, it’s a fast, functional DSL router that would make a fantastic upgrade from your present ISP-provided router. 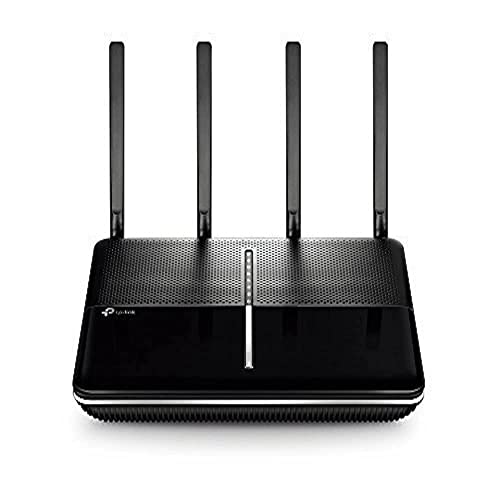 As is common with wireless routers, the VR2800 is a pretty unassuming black slab with four antennae protruding from the rear, four Gigabit LAN ports, and a VDSL2/ADSL2+ compatible socket on the left-hand edge, and a pair of USB 3 connectors on the right-hand edge.

However, there’s a row of rather bright status LEDs running down the center of the router’s body, which may be turned off if desired. If you wish to put the router in a bedroom, this feature comes in useful.

On the inside, though, there’s a lot going on, and when it comes to Wi-Fi standards, this router can compete with the most costly versions available on the market.

Thanks to 4×4 stream MIMO and 1024QAM capability, it is capable of delivering connection rates of up to 2,167Mbits/s at frequencies over 5GHz. Even though it is significantly less spectacular at higher frequencies than 2.4GHz, suitable devices and adapters may still achieve up to 600Mbits/sec.

If you want to connect at those rates, you won’t be able to do so with a single device, simply because no laptop that I am aware of comes with 4×4 MIMO – most have just 2×2 MIMO at most, with 3×3 adapters being a rare find. Performance was outstanding when linked to the 3×3 adapter in our test laptop, which was a previous-generation MacBook Pro 15in.

Our close-range testing revealed download rates of up to 109MB/sec (872Mbits/sec), which is nearly as fast as Gigabit Ethernet and the greatest close-range performance we’ve seen from any router we’ve tested.

It wasn’t nearly as amazing in the long-range test conducted in our kitchen, but it still managed an average download speed of 10.8MB/sec. It is slower than mesh systems such as Google Wifi or BT Whole Home Wi-Fi, but it is sufficient to offer access to every single megabit of most people’s broadband connections in most sections of the home – even when using BT’s fastest 74Mbits/sec internet connection.

USB transfer speed was also impressive, with consecutive reads from our USB 3 thumb drive hitting a blistering 41.8MB/sec, which is more than sufficient for casual file sharing and occasional backups.