A wireless gigabit router with dual bands and a wireless range of up to 150 meters, the TP-Link Archer C1200 looks to be an upgrade of the Archer C5. It is intended to offer sufficient bandwidth for the seamless streaming of video games and other media.

If you enjoy watching movies or television shows on the internet, this router claims to help you stream media clearly and without problems while you are watching your favorite shows. The C1200, according to TP-Link, will provide you with quick performance without any apparent lagging, which might be the difference between success and failure in a game. 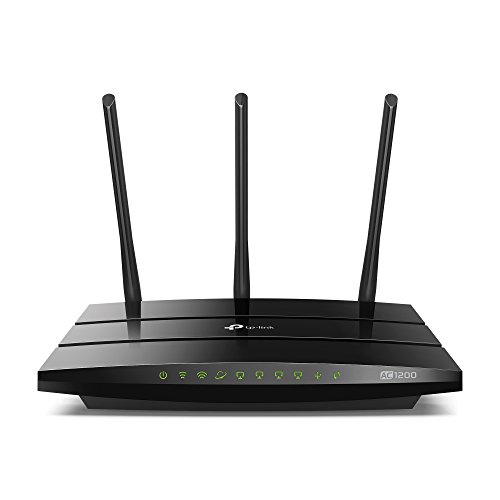 Recently, a large number of products have been introduced onto the market for cheap wireless routers. While they are neither the quickest nor the most sophisticated, they tend to provide all of the essentials that consumers want at incomparable rates, regardless of their speed or complexity.

The TP-Link Archer C1200 is one of the most recent routers to enter this market. This WiFi router is available at a reasonable cost that anybody can afford, and it has current hardware as well as support for the most recent common wireless protocols.

This router is equipped with a Broadcom BCM47189 CPU running at 900 MHz, 128 MB of RAM, and 16 MB of flash storage for the firmware, making it an excellent choice for small businesses. It supports 2×2 MU-MIMO, which is perfect for an inexpensive router of this caliber.

On the rear of the router, you will find the following components: a power jack, a power button, a Reset jack, a USB 2.0 port, an Internet port, four Ethernet ports that are capable of transmitting data at 1 Gbps, and a WPS button. There are also three exterior antennae that are permanently attached to the router’s body and cannot be removed.

Our testing was carried out utilizing a high-speed 1 Gigabit Internet connection, which is capable of uploading data at speeds of up to 500 Mbps across the internet. For all of our measures, we relied on a Microsoft Surface Pro 3 and a variety of software applications.

Continuing our tests on the 2.4 GHz wireless network, we utilized the PassMark Performance test to transmit data between two computers that were both connected to the network to get further information. However, although the TP-Link Archer C1200 was a respectable performance, it was not the greatest. Additionally, it struggled in rooms where other reasonably priced routers also faltered.

We utilized a desktop PC with an Intel Core i5 4460 CPU operating at 3.20GHz, 16GB of RAM and a very fast Samsung 850 Pro 512GB SSD, as well as a Lenovo Ideacentre 610s small PC to evaluate the strength of the wired Ethernet connection.

We began by measuring the download and upload speeds with the help of SpeedTest software. Our TP-Link Archer C1200 has functioned admirably, as seen by the results shown below, which show that it has produced speeds that are very near to the maximum attainable on our internet connection.

The Archer C1200 is ready to go, bringing together convenience and high performance in a single package. This is the ideal budget-friendly item to have in any home. You’ll have a fast, wireless internet connection throughout your home within minutes of pulling it out of the box.

The three antennas that are mounted behind the unit assist in amplifying your wireless signal so that it may reach a large region. With your phone or tablet in hand, you won’t have to be concerned about losing connection with your Wi-Fi network while you wander around your house.

When using a Wireless N device (in this case, an Intel NUC), we did have some performance problems, but they were resolved when using Wireless AC adapters. Having said that, our file copy tests revealed a statistically significant difference in performance between the Netgear and D-Link adapters.

If you’re looking for a budget wireless router for your house, the TP-Link Archer C1200 should be on your shortlist of options.