The TP-Link Archer A9 router is one of the most popular models from the company, owing to the functionality it provides at a reasonable price range. The Archer A9 should be straightforward to use, thanks to technology such as Alexa compatibility and MU-MIMO, and it should project a Wi-Fi signal over a large range.

The Archer A9 is being tested to see how it performs in today’s world, where more and more families have home offices, several streaming devices, and a variety of smart home items. In order to determine whether the TP-Link Archer A9 is a reasonable purchase, I put the gadget through its paces for a week to evaluate its design, connectivity, network performance, range, and software. 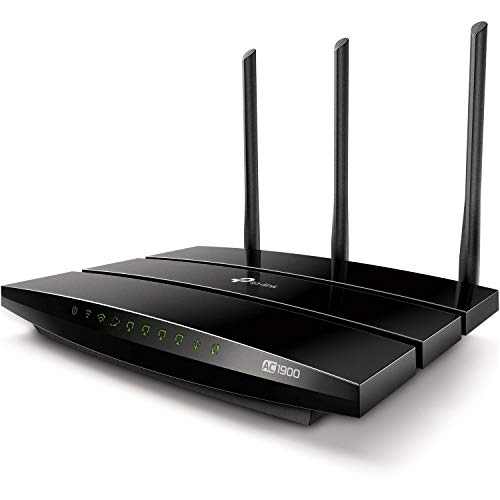 The Archer A9 isn’t particularly eye-catching in terms of its design. With indication lights on the front and ports, power switch, WPS button, and antennae on the rear, it has a glossy black finish and features indicator lights on the front and back. While I would have preferred a matte finish over the glossy finish, the A9 is generally a well-thought-out device with a thoughtful design.

In addition, the A9’s venting is intelligently constructed, with little branding that is neither garish nor obnoxious. Instead of simply having vent holes that are visible from the outside of the device, it includes recesses that divide the router into three halves while concealing the venting. The venting holes appear to serve a purpose, and they serve to enhance rather than detract from the overall appearance of A9.

The Archer A9 is on the smaller side; it’s small enough to tuck away in a corner and go unnoticed for long periods of time. It measures 9.6 inches in length, 6.4 inches in width, and 1.3 inches in thickness, however, because of its narrow profile and huge antennae, it appears even smaller than it actually is.

On the rear of the device, three movable antennas are visible, and you can manually swivel them approximately 180 degrees from side to side and approximately 90 degrees from front to back. The inclusion of a second internal antenna is not visible from the outside, but it is present inside the device.

Use the two mounting holes on the back of the router to hang the Archer A9 on a wall, or you can lay it flat on a table or desk to use as a level surface. As a result, I hung the router near the smart box in my home’s closet and tucked it away in the back of the closet.

In addition, the A9 is equipped with MU-MIMO (3×3) technology, which allows it to manage three streams at the same time. Some of the top wireless routers on the market, such as the Netgear RAX120 and the Netgear RAX200, can handle eight or more streams, but some of these routers cost as much as five times as much as the Archer A9.

Performance is adequate for the A9’s price point, and I was able to use my phone, a PS4, a PC, and a bunch of smart home devices all at the same time without feeling any notable lag. In contrast, when I turned up the volume and connected two gaming PCs, another PS4, and three FireTVs, the network began to visibly sluggish, especially on the FireTVs and consoles. Following my decision to prioritize gaming, the gaming PCs and consoles experienced higher signal speeds, while the shows continued to experience buffering problems.

Smart connect and airtime fairness are also included in the A9’s feature set. Because of this, a router is capable of automatically switching connected devices across bands in order to encourage the most efficient routes, as well as preventing older and slower devices from hogging the network and slowing down traffic to other devices. Smart Connect is not a favorite of mine because I like to manually allocate devices to bands rather than using a smart connect feature. It can, however, be a beneficial function for people who wish their router to manage their network traffic on their behalf.

The A9 is equipped with gigabit Ethernet ports for connecting wired devices (4 LAN and 1 WAN). There is a USB 2.0 connector that supports the NTFS, exFAT, HFS+, and FAT32 file systems, allowing you to attach an external hard drive to your network and share it with others. Additionally, the router includes FTP server and media server functionality.

I reside in a suburb about 20 miles outside of Raleigh, North Carolina, and my internet service provider is Spectrum (a subsidiary of Charter Communications). Internet speeds in my home are limited to 400 megabits per second.

Nearly everywhere in my two-story home, including regions such as closets and many other places that could theoretically be considered Wi-Fi dead zones, the signal remained strong and consistent. My garage and a guest room on the other side of the house, on the other hand, were a little slower than usual.

In addition, I had intermittent internet access in the yard. When using devices outside, the signal decreased dramatically, so if you prefer to use your devices outside, you’ll want to consider purchasing a Wi-Fi extension or switching to a different router entirely.

Although the Archer A9’s coverage range was not specified in the spec sheet, I was able to gain coverage in nearly every room of my 3,000 square foot home. Although the range is stated as 3,000 square feet, this is not always the case due to a range of factors such as the type and number of devices you have, the thickness of your walls, obstacles, your Internet service provider, and other considerations. According to general consensus, the A9 has enough power to power at least a 2,000-square-foot residence.

The TP-Link Archer A9 is an excellent router for a household with an average number of devices; but, families with a large number of gamers or home office employees may require something a little more robust than this.