For Razer, wireless networking is nothing new; in mid-2017, the company joined up with Ignition Design Labs to develop the Portal Mesh wireless networking technology. As the name implies, this was an AC2400 class platform that made use of DFS channels, termed ZWDFS or FastLanes as Razer refers to them, to get around common network congestion in densely populated locations.

Sila, the company’s second wireless router platform, appears to have included some of this technology. Once again, this new platform is an AC3000 class solution, with mesh technology pre-installed and capable of transmitting 400Mbps on the 2.4GHz band, 867Mbps on the 5GHz band, and a dedicated 1733Mbps frequency for backhaul between mesh nodes. MU-MIMO, 256QAM, and Bluetooth are some of the other technologies available. 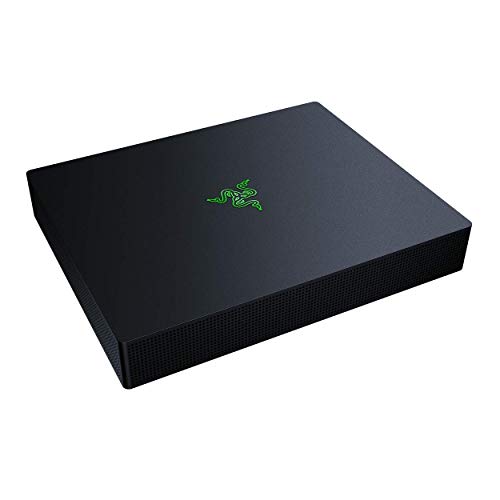 The Qualcomm IPQ4019 is the brains of this new platform. It is a four-core 700MHz SoC that incorporates a 2:2 radio and an ethernet controller. It is then linked with the 8075 Switch and secondary QCA8075 4:4 radio to make a complete system. The memory capacity is 512MB, while the flash capacity is 256MB. As previously stated, Razer is continuing to promote more DFS channels on this new platform, as well as the new FasTrack Engine for prioritizing gaming activities.

Sila’s packaging is in the familiar green and black color scheme this time around. There is a picture of the router on the front, along with the company’s branding and a mention of their FasTrack technology.

Some of the features are listed on the reverse, including FasTrack, DFS, and Mesh Technology, among others. A list of product specs appears at the bottom of the page, but it doesn’t appear to include any information on the actual performance of each band, other than the fact that it includes 2.4GHz and 5GHz bands.

In my experience, the Sila is one of the cleanest 802.11ac platforms I’ve ever held in my hands. The matte black color scheme looks terrific, and the router makes use of soft-touch plastics and vents around the circle of the chassis to great effect as well.

We put the Razer Sila through its paces in two different ways. In order to do so, we needed to measure the raw throughput across the two major WiFi protocols that it supports – 802.11ac and 802.11n – in real-world conditions. By using 802.11ac, we were able to measure the speed of the USB 3.0 port.

iPerf 3.1.3 was used for the first test, while a 3.7GB file collection was utilized for the second test. Both tests were performed using free and open-source software. Three different Windows operating systems were tried. There were three computers in total: one Armari AMD Threadripper workstation running Windows 10, one HP Spectre 13 X2 (for 802.11ac networking), and one HP Folio 13 laptop (802.11n only).

Every test involved connecting a laptop to one of the Sila’s Gigabit Ethernet ports, and every workstation involved connecting to a Gigabit Ethernet port on the Sila. They were then placed in four different locations: 1m from the router, roughly 5m away with a wall between them, 10m away and on the ground level (with numerous walls as well as a ground floor between them), 15m away on the ground floor, and then 15m away on the ground floor. We tried all four lengths with the two WiFi standards, but just the 1m distance with the file copy because of the limitations of the file copy.

To compute the average throughput for each WiFi standard and distance, we obtained 60 readings of throughput at one-second intervals for each standard and distance (iPerf does this automatically). This evaluation will also compare the performance of the Sila with that of the NETGEAR Nighthawk XR500, Linksys WRT 3200 ACM, NETGEAR Nighthawk X10 R9000, and Synology RT2600ac.

After having the Sila since November, I have mostly utilized it as my primary home router for a significant chunk of this period. This allows me to gain a thorough understanding of how it performs on a day-to-day basis in streaming and gaming, as well as resolving any difficulties that may arise. To begin, I’d want to express my admiration for Sila’s overall appearance. The matte black color scheme is stunning, and the fact that the antennae are built into the platform just adds to the platform’s overall minimalist aesthetic. The Razer logo on the top shines green at a medium intensity that is not overly bright, even when the lights are turned off.

Performance-wise, the Sila is comparable to any other 2:2 radio mesh platform available on the market. The testing findings show that practically all recent mesh platforms are 2:2, with 400Mbps on the 2.4GHz band and 867Mbps on the 5GHz band, respectively. The Sila is distinguished for its excellent backhaul, which is accomplished with the use of a separate 4:4 radio, similar to the Orbi. However, the 2.4GHz band performed below average in tests, reaching only 98Mbps, and the same can be said for the 5GHz band, which reached just 421MBps. That was enough to ensure that the backhaul was robust enough to support the entire Wi-Fi throughput of 506Mbps.

The software makes up a significant portion of the mesh platform. You now have two alternatives when it comes to the Sila. You may either utilize the mobile app on your device or activate the Web UI during the setup process and make use of it. I decided to go with the iOS app and had no problems with it during the setup process. After setting up the app, I saw that it was quite simple, with options for SSID, Traffic Management, and a few other things. Notably, Sila does not enable you to manually customize your Wi-Fi channels; instead, you are compelled to use their Zero Wait DFS technology, which is the primary feature that distinguishes this router from all others. Having said that, you may segregate bands for legacy devices or delve deeper into compatibility settings, as well as configuring priority features, as needed.