Powered by 5th era Wi-Fi (5G Wi-Fi), the 802.11ac chipset provides RT-AC53 faster wifi speeds than N technology. At 2.4 GHz, it reaches 300 Mbps, while on the 5GHz band it blazes to 433 Mbps. The improved bandwidth gets the higher capacity you have to boost Wi-Fi enjoyment in the home. With notebooks, desktops, pads, and smartphones today all Wi-Fi-reliant, it’s time and energy to upgrade to another generation to increase your connectivity now and in the foreseeable future.

Delivering both 2.4 GHz and 5 GHz concurrent bands around 300Mbps and 433Mbps respectively, the RT-AC53 includes a total velocity as high as 733Mbps connectivity to supply speed with balance. Perform basic web tasks like Internet browsing and document downloading beneath the 2.4 GHz band, while also simultaneously streaming 3D HD content material along with other demanding programs smoothly on the 5 GHz band. 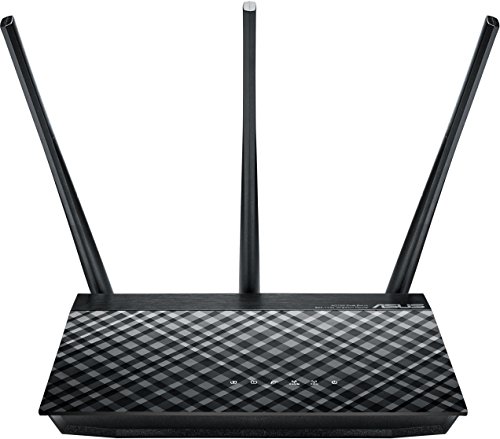 It’s not often that we get to evaluate a visually pleasing budget-priced router, but that’s exactly what we got this time around. The ASUS RT-AC53 (as well as the RT-N18U) has a textured design that is immediately noticeable upon first glance, giving the router a luxurious appearance and feel in your hands.

This router is small and lightweight, and it has SmartQoS, which, according to the manufacturer, will allow the router to limit the throughput of your internet speed while under heavy demand. There are enough air vents to keep this router cool even when under heavy strain, as well.

In terms of hardware characteristics, the ASUS RT-AC53 wireless router is a bare-bones device. It is equipped with a MediaTek MT7620A CPU operating at a frequency of 580 MHz, 64 MB of RAM memory, and 8 MB of storage space for firmware storage. It is equipped with all of the most recent networking protocols, including 802.11ac and 802.11n, among others.

You can also check out our best wifi router list here