Despite the fact that the new router has the same technical specifications as the old one, it has some significant upgrades, such as unique online gaming functions and a more responsive web interface.

In my tests, its overall performance was somewhat better, albeit not significantly so. Because the two models are so similar, consider this review to be a GS-AX3000 vs. RT-AX3000 head-to-head comparison, in which I will emphasize the contrasts between the two models.

The bottom line is that, for $170, the Asus ROG STRIX GS-AX3000 is a good purchase if you’re looking for a mid-tier AX3000 Wi-Fi laptop from Asus right now. If you compare it to its predecessor, the RT-AX3000, it is a more polished Wi-Fi 6 router. 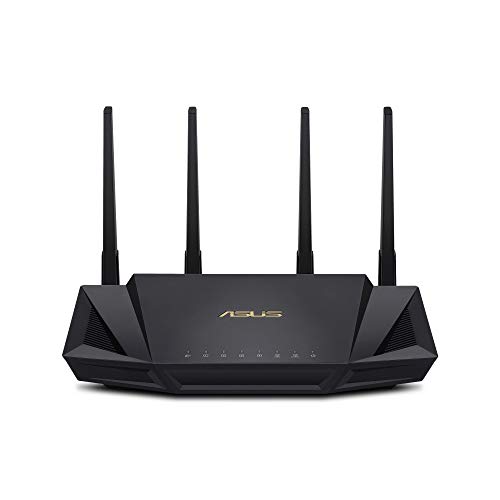 (There is also the original ROG family, which includes the GT-AX11000 and GT-AXE11000, which comes before this.) Regular routers, such as the RT-AX86U, RT-AX82U, or RT-AX92U, are also capable gaming routers. By the way, the abbreviation “RT” stands for “router.” )

The issue is that the names “GS,” “GT,” and “RT” are all marketing phrases. They suggest some characteristics, but they don’t have much meaning in terms of performance. The GS-AX3000, like all other Wi-Fi 6 routers from Asus, will include the same set of basic features as the company’s other routers as well.

As one of the few networking suppliers that maintain a web-based interface and does not force customers to utilize a cloud-based web portal, Asus is a great choice for people concerned about privacy.

The GS-AX3000 has the same user interface as previous Asus Wi-Fi 6 routers, which makes it easy to navigate. However, in my testing, it was noticeably more responsive than the RT-AX3000 model.

Despite the fact that it provides access to the router’s outstanding range of functions, this interface might be daunting for beginner users.

AiProtection is a free-for-life real-time network protection solution that is powered by Trend Micro and includes a respectable Parental Control module.

Network Protection is responsible for keeping the network secure from internet attacks, and it has shown to be quite successful. Essentially, it’s a stripped-down version of an add-on firewall, such as the Firewalla or the subscription-based Armor from Netgear, but with a few key differences.

Considering that Network Protection is a completely free function, it’s a really impressive feature. I’ve been using it for years on a variety of networks, and it has proven to be successful against a wide range of dangerous websites and viruses.

An important feature of all Asus Wi-Fi 6 routers, AiMesh allows any solitary device to function as if it were an integral part of a strong Wi-Fi mesh network.

In my tests, the GS-AX3000 functioned admirably as a primary router unit or as a satellite node, regardless of the configuration. Also included is complete support for AiMesh 2.0, which means, among other things, that the Guest network will be accessible from anywhere in the system.

While my 22 Wi-Fi 6 client was able to connect to it at the agreed speed of 2400Mbps, the throughput was limited to between 860Mbps and approximately 900Mbps when it was within 40 feet (12m) of the router’s antenna.

These were among the fastest routers we tested that did not include a Multi-Gig interface, with the GS-AX300 outperforming the RT-AX3000 by a wide margin.

Wi-Fi 5 clients performed admirably as well, averaging around 540Mbps at 40 feet and approximately 760Mbps at 10 feet (3 meters). Once again, these results were outstanding for a Gigabit router of this caliber.

This test, however, revealed that the GS-AX3000 was somewhat quicker than the RT-AX3000 over a long distance, but slightly slower over a short one, both by tiny margins.

The router performed admirably on the 2.4GHz band as well, with sustained speeds that were right in the center of the charts. It should be noted that the performance on this band varies and is always significantly slower than the quoted speed.

Nonetheless, in this test, the GS-AX3000 outperformed its older RT-AX3000 counterpart by a wide margin.

The GS-AX3000 lasted through my 3-day stress test without a single disconnection. In reality, I’m not having any problems. The router proved to be a dependable device.

When it came to coverage, it was comparable to, if not significantly better than, the RT-AX3000. It is always difficult to calculate the range of a router since it is dependent on the surrounding environment and conditions. However, if you live in a home that is around 1800 ft2 (167 m2) in size and position the router in the middle of the house, it will be able to cover the majority, if not the entire house, with strong Wi-Fi.

A great successor to the Asus RT-AX3000, which was released more than a year ago, the new ROG STRIX GS-AX3000 is a superb general-purpose router for anybody and is undoubtedly a suitable replacement.

While the lack of support for Multi-Gig is a bit surprising, the additional gaming features are a nice addition, and at $170, it is a good bargain for a small home or apartment.

It should also be considered a node by those who have an AiMesh system in place. It’s likely to function well with any other dual-band AiMesh router when used in a wired mesh configuration.